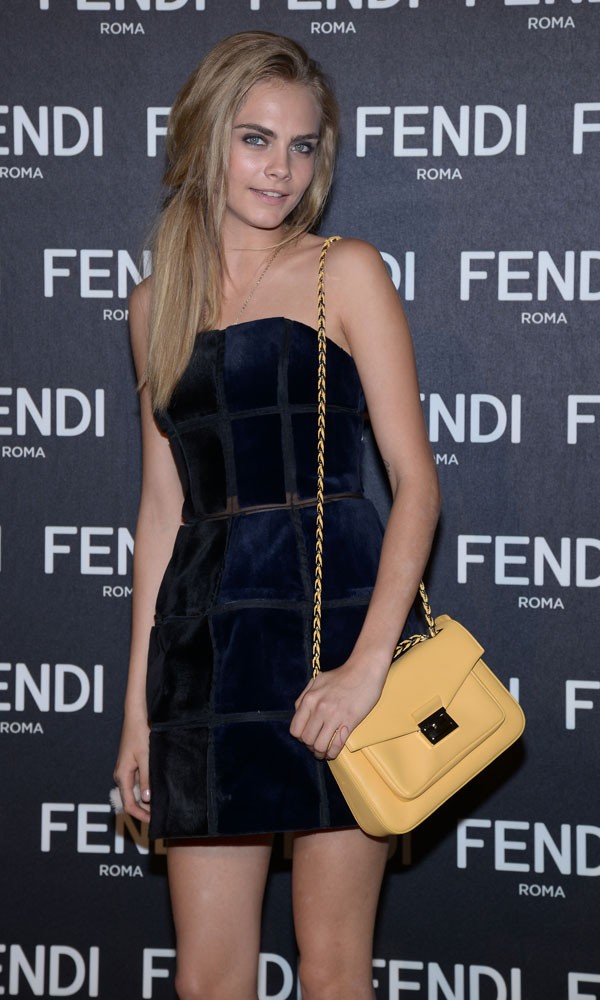 Hours after debuting their Spring Summer 2014 collection at the catwalk – led by Cara, no less – the Italian fashion label celebrated the Making Dreams: Fendi and the Cinema project, which opens in a disused Milan cinema this week.

The exhibition, curated by Patrick Kinmonth and Antonio Monfreda, will mark Fendi’s longstanding collaboration with the cinematic world, collating their work with producers, directors and costume designers.

Highlights include the display of iconic film costumes worn by the likes of Madonna in Evita, Gwyneth Paltrow in The Royal Tenenbaums and Michelle Pfeiffer in The Age of Innocence.

Making Dreams: Fendi and the Cinema would be open gratis from 21 September – 6 October at Teatro Manzoni, via Manzoni 42, Milan. JB 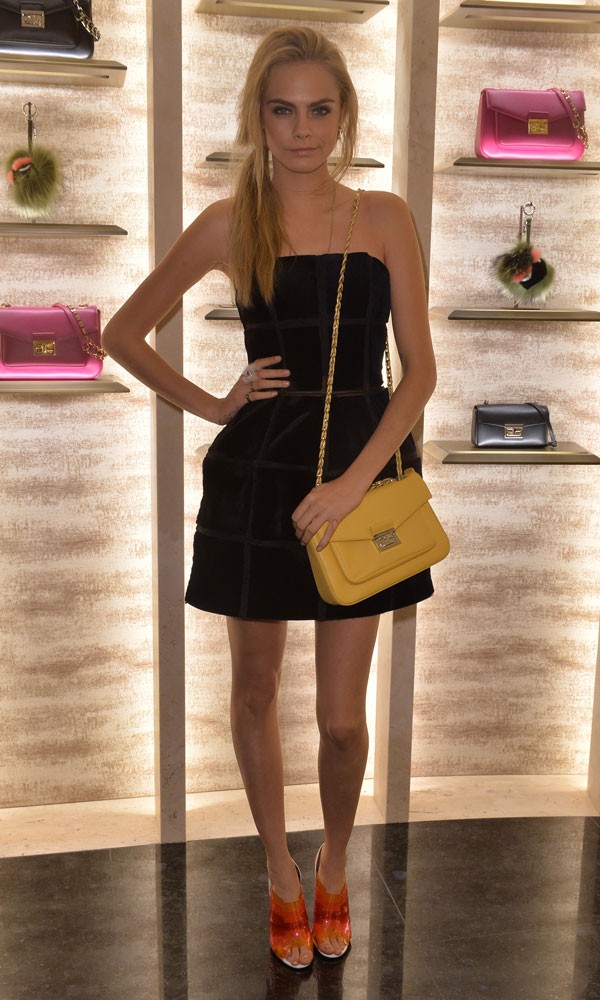 Cara Delevingne didn’t should wait long to get her hands on a hot-off-the-catwalk dress from Fendi, stepping out within the brand’s panelled Spring Summer 2014 LBD hours after it debuted at Milan Fashion Week yesterday.

The British model looked refreshed and sublime inside the strapless dress, which was worn by her BFF and roommate Georgia May Jagger at the catwalk, as she headed across town to Fendi’s Making Dreams: Fendi and the cinema exhibition.

It’s a much cry from her usual Fashion Week uniform of thin jeans, slogan tee and running shoes, and we adore it.

She completed her look with a gray-shade smoky eye and perfectly dishevelled tresses, before adding a pop of bright yellow with a Fendi handbag.